Is it up to date?
J
Written by Josh Schwermer
Updated over a week ago 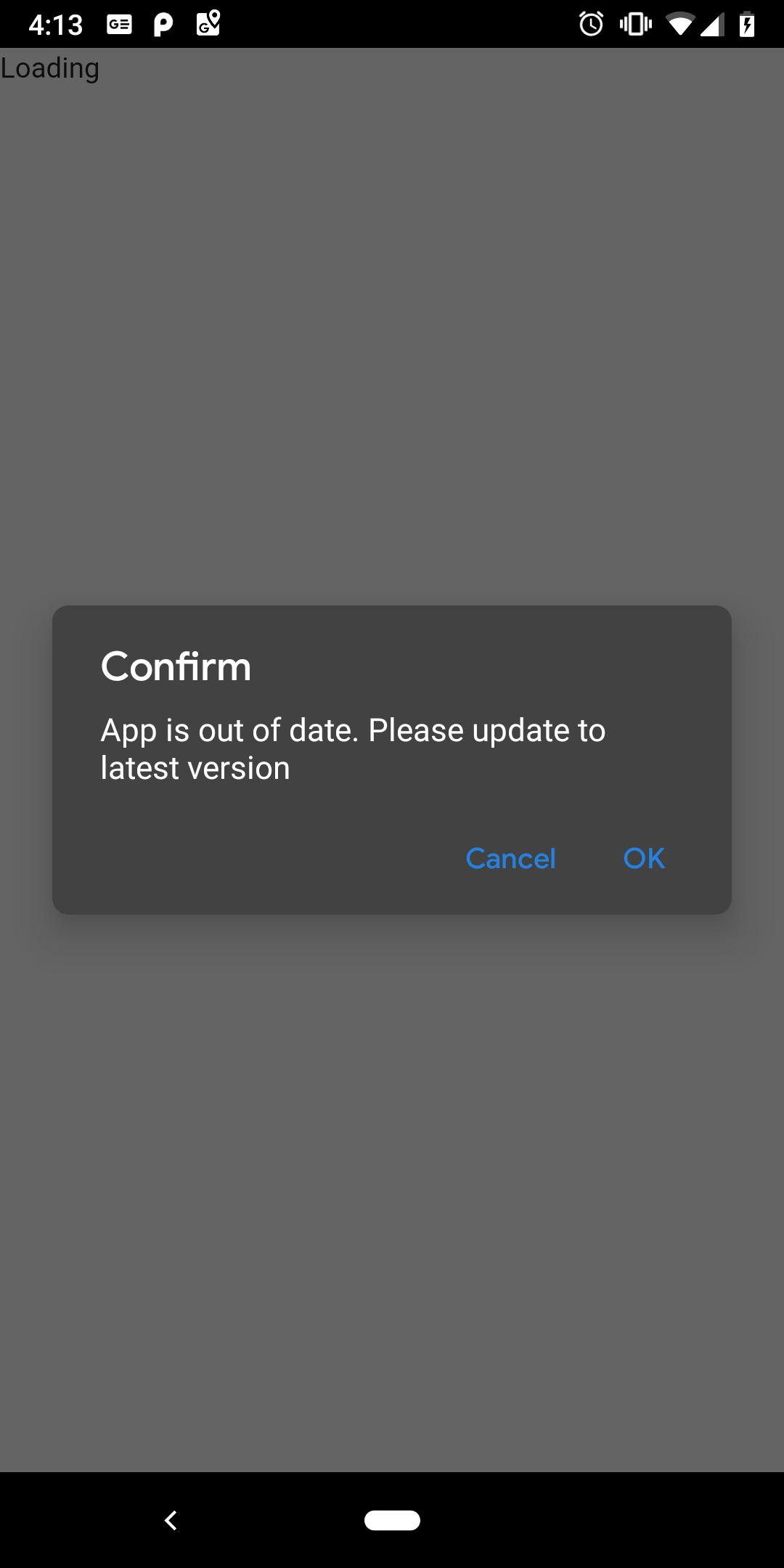 Tap OK to be taken to the Google Play Store page for the Omega Technician App. 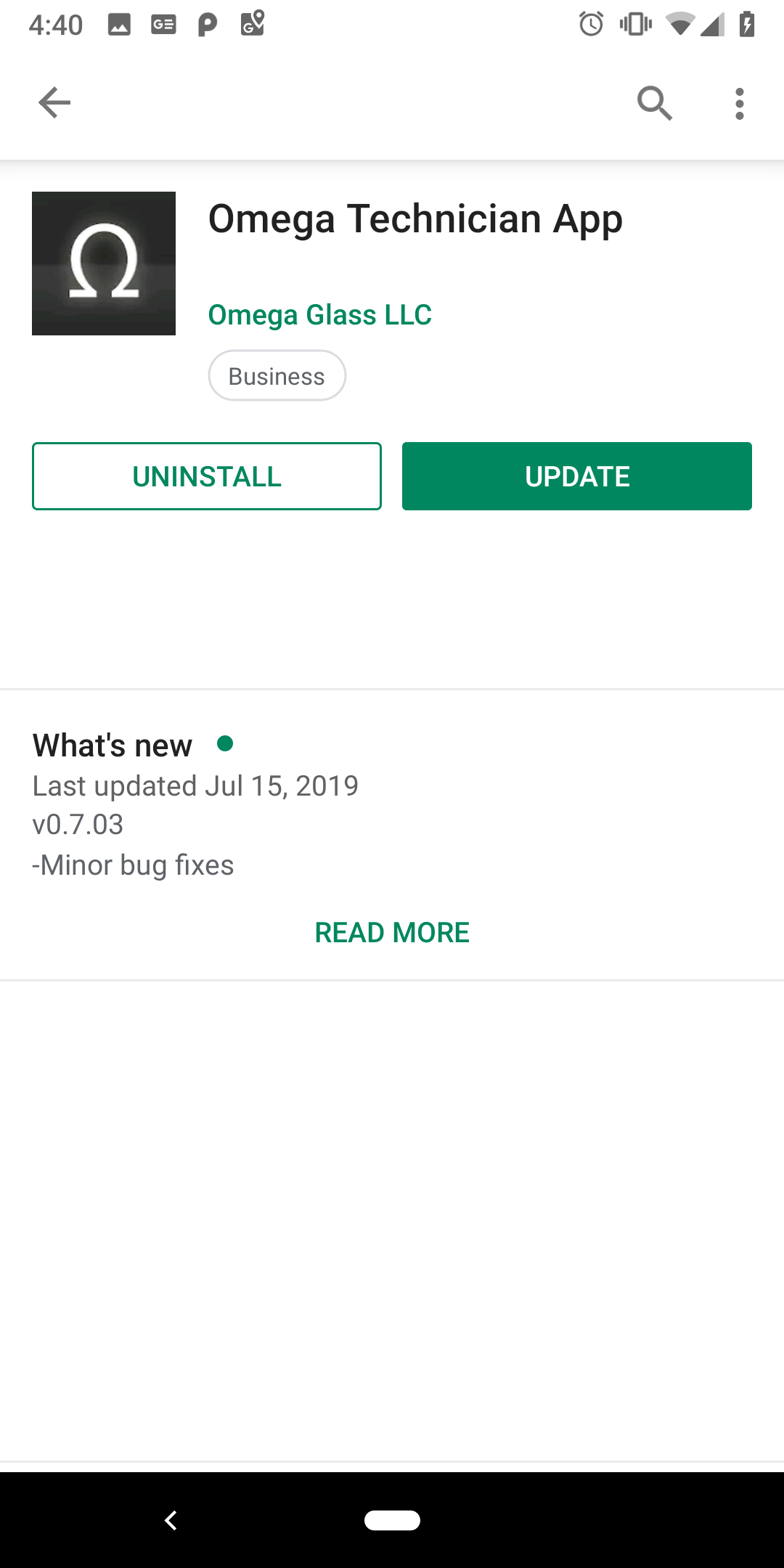 Tap Update to get the latest version.

It doesn't say that there's any new update available, it just says 'Open' instead of 'Update' 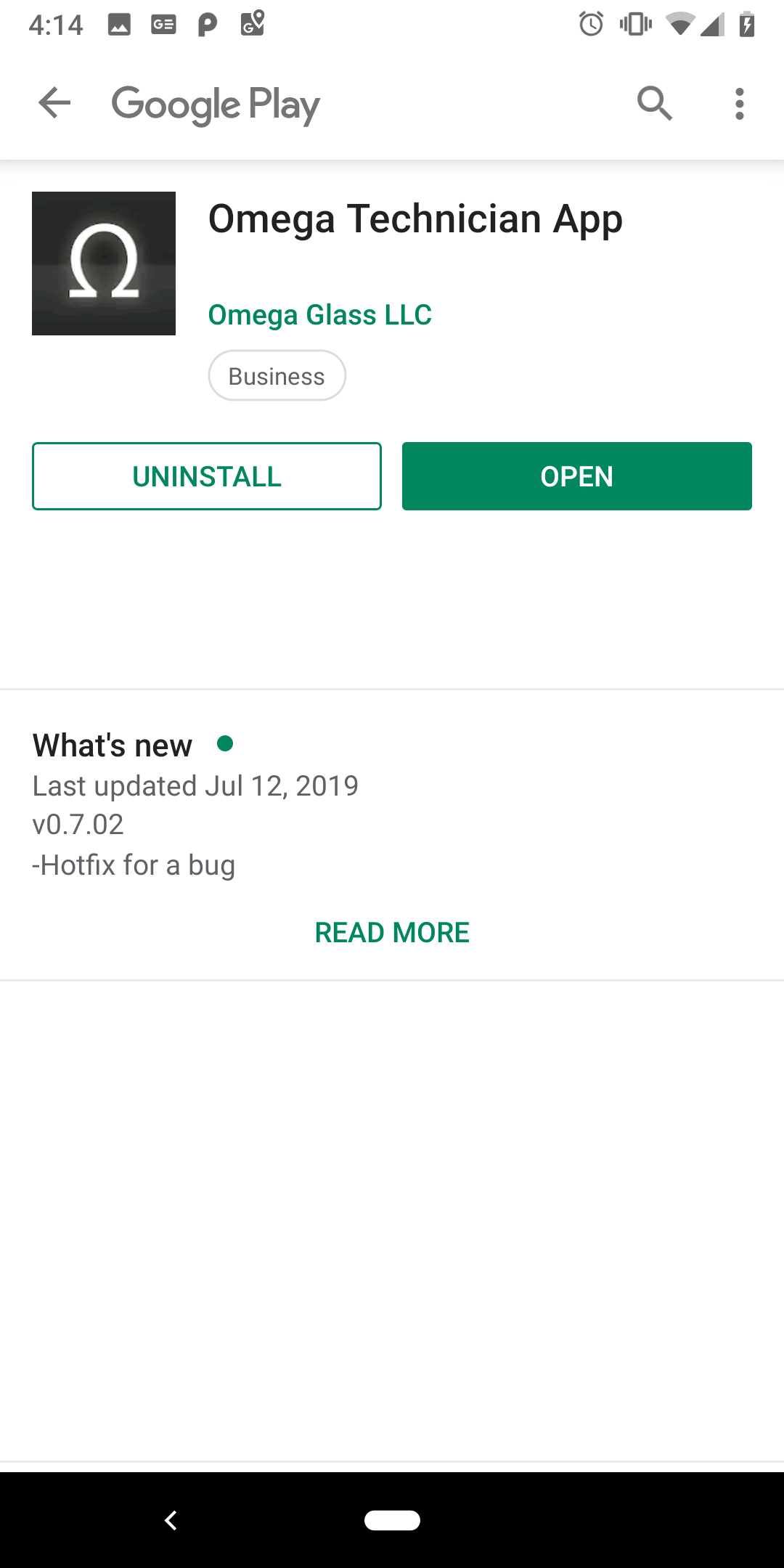 This can happen for a number of reasons. The most common is that you're already up to date, and just need to hit the refresh button in the app at the top of the screen. This will usually only happen immediately after installing the app or an update to it, or if you're signing out and signing back in.

The other reason is if you haven't closed out of the Google Play Store app since the last time you updated, it can sometimes display that there isn't an update available. To refresh that, you'll want to close out of the Play Store.

How to do this varies depending on the version of Android you're running, but you'll want to get to the screen that shows all your current running apps (sometimes a button on the bottom right of your phone). Swipe away the Play Store window to close the app. You can get back to that page either by returning to the Omega Technician App and following the link in the window that pops up, or by using the following process.

Re-open the Google Play Store app, and click the menu in the top left. 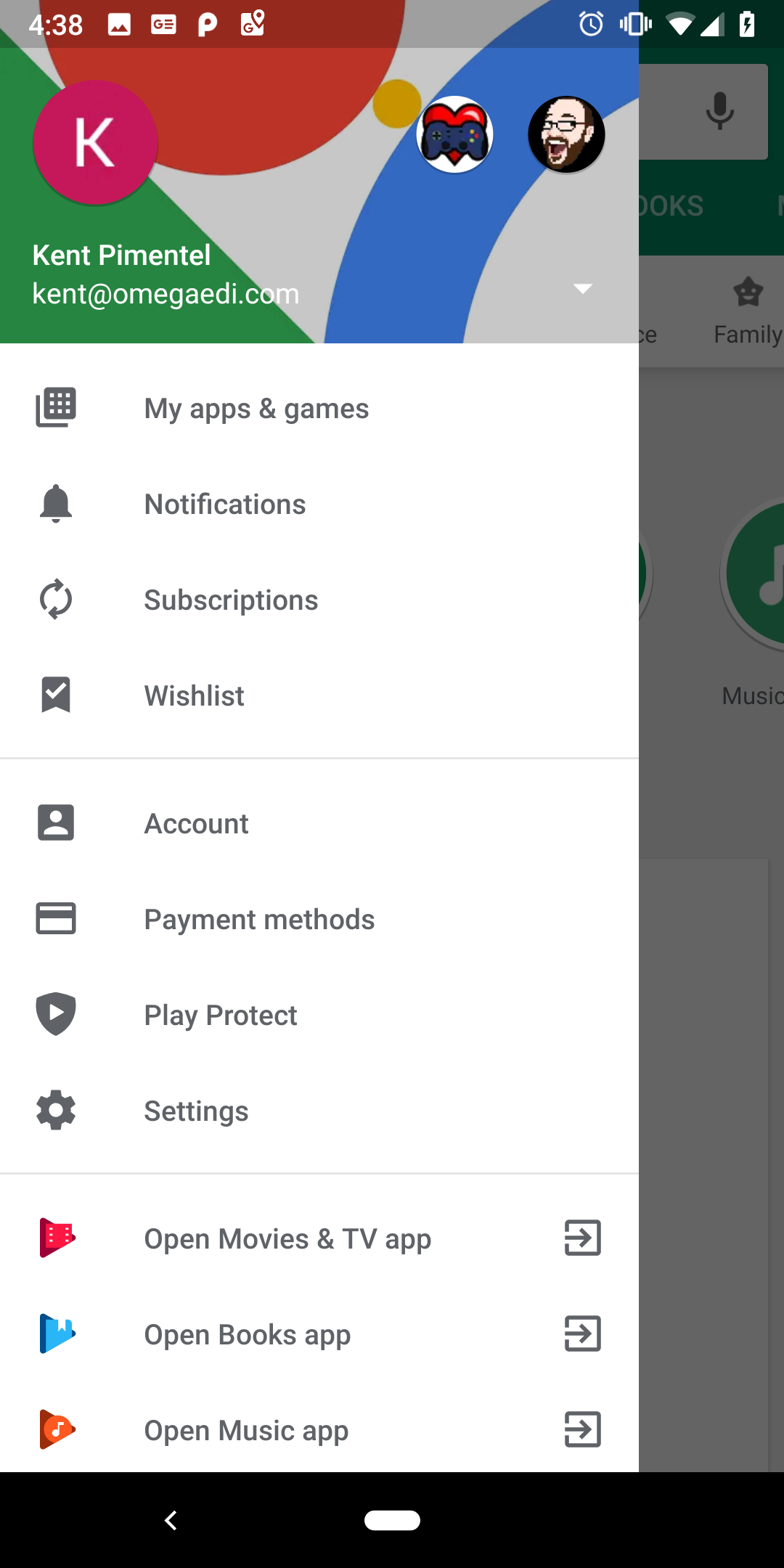 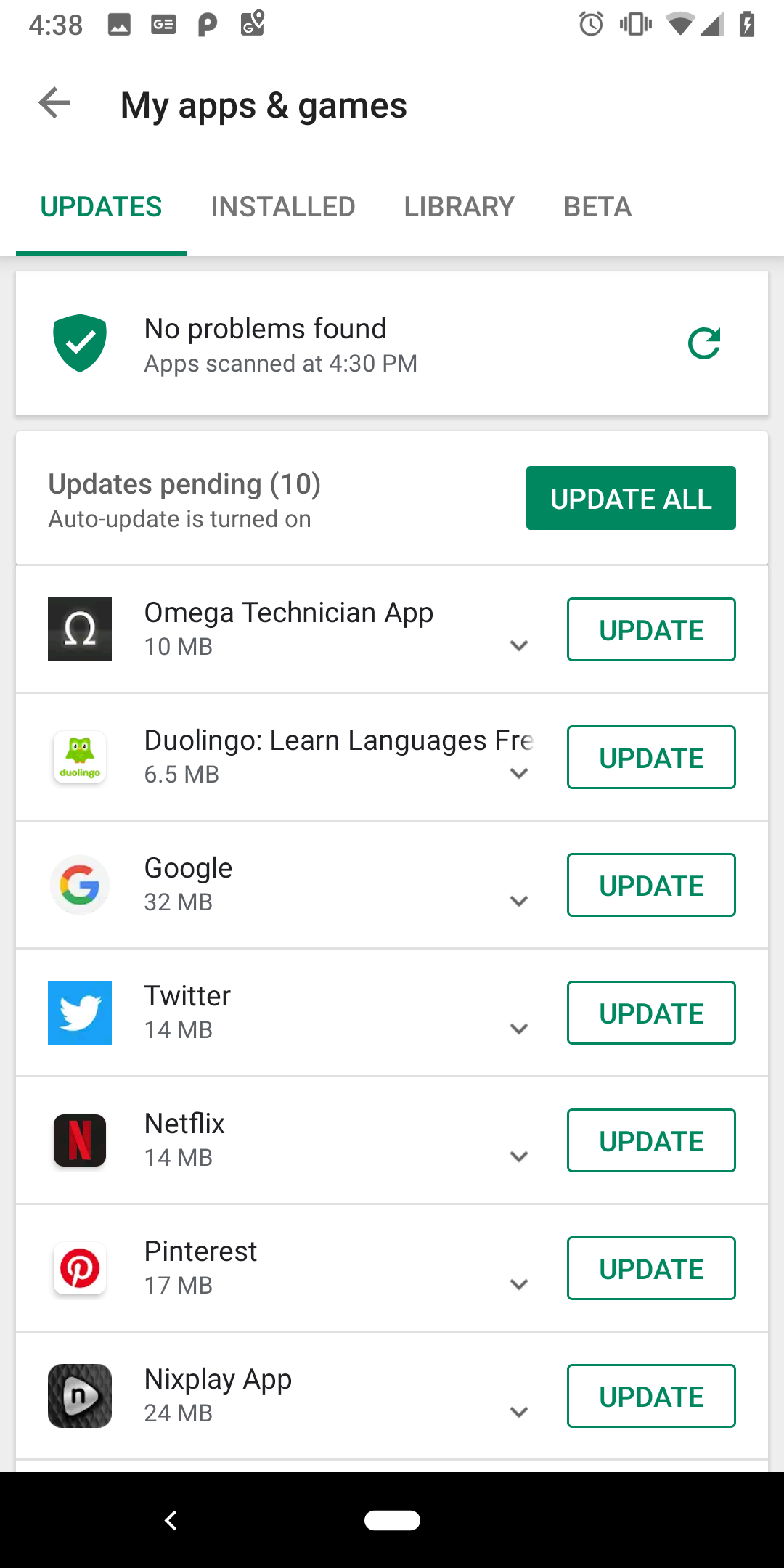 From there you'll see a list of apps that are available to update on your phone. Scroll down until you see Omega Technician App and tap it.  Then tap the 'Update' button to get the latest version.

Did this answer your question?